On Saturday, August 8th, 2015 Winnipeg based musician Tiffany Ponce will be releasing her second album titled “Gratitude”.  Join Tiffany at her release party at The Park Theatre in Winnipeg!

When in Winnipeg: Tiffany, you are set to release your second album, entitled “Gratitude”. How do you feel?

Tiffany Ponce:  I feel very excited and blessed to be releasing this full-length album.  I’ve put a lot of time and love into creating it and I can’t wait for everyone to hear it!

WIW:  What have you learned since your debut album and what influenced/inspired your new album?

TP:  With my debut EP “Only the Beginning” I think I was just excited about finally putting together a CD of my own original songs.  With my new album “Gratitude”, I’ve definitely found a greater purpose in what I’m doing.  There are songs of empowerment, strength, hope, faith, and love.   You’ll also hear messages about taking chances and never settling, in any area of life.  I hope that people are inspired, and are encouraged to find gratitude in every situation and experience in life.  With this album I was also a lot more involved in the production side of things, having more of a vision and being able to express to the producer or engineer exactly how I wanted certain things to sound.

WIW:  What are some highlights that have occurred since releasing your debut EP?

TP:  Since releasing the first EP I’ve definitely been blessed with some excellent performance opportunities, including opening for international and award-winning artists such as Shaggy and 112.  I’ve also been able to share my talents at numerous festivals and charity events, which gives me great joy.  It’s also been wonderful hearing my songs on the radio regularly, on Winnipeg station Rhythm 104.7 FM.  One of those songs is “Wish List”, which is on the new album and features an artist by the name of Damon Pampolina.  He is a former Mouseketeer and member of ’90s pop group The Party.  I grew up watching the Mickey Mouse Club and listening to The Party, inspired by all of their amazing talent.  So to have been able to work with Damon and hear our song on the radio has been such a blessing.  Another great thing has been having people come up to me or send me messages saying that they have been inspired by me – whether it’s through hearing my music or seeing my drive and passion in pursuing my goals.  That is such a gift because it lets me know that I am on the right path, feeding the fire inside of me even more.

WIW:  Who are some of the people you worked with on this new album?

TP:  I was able to work with several fantastic producers on this album, including Landlocked Beats (Jordan Perry) from Montreal, Jeff Savage from Nashville, and local producers Blitz Beats (Sean Ali), Jason Gordon, and BreezyBeatz (Bryce Kaminsky).  Bryce was also the engineer for the album.  As for collaborations, I already mentioned Damon Pampolina, and I also have Lyrical Militant, Desi Ma, and Crystle Lightning of LA duo LightningCloud as featured artists.

WIW:  When did you know or what event happened that you knew you wanted to pursue a career as a professional recording artist?

TP:  I think it’s something that was always somewhere in my mind and heart, even as a child.  I started singing and dancing in high school, and then I went to university and got a “practical” degree (Bachelor of Nursing).  After that I went back to the arts and started doing theatre, eventually attending the Canadian College of Performing Arts in Victoria, BC.  Upon returning to Winnipeg I was doing more theatre, and it wasn’t until there was an urban open mic night in the city that I finally met other artists and producers who were actually doing their own original music.  The first time I performed my OWN songs that I had written myself, I was terrified.  I had been performing in front of people for years, but because it was my own original material this time I had put so much pressure on myself.  But I got through it and received a great response, as well as an amazing feeling I had never had before.  I started challenging myself to write a new song to perform every week, and that’s when I realized I truly wanted to pursue music.

WIW:  Who/what were your inspirations personally or professionally? 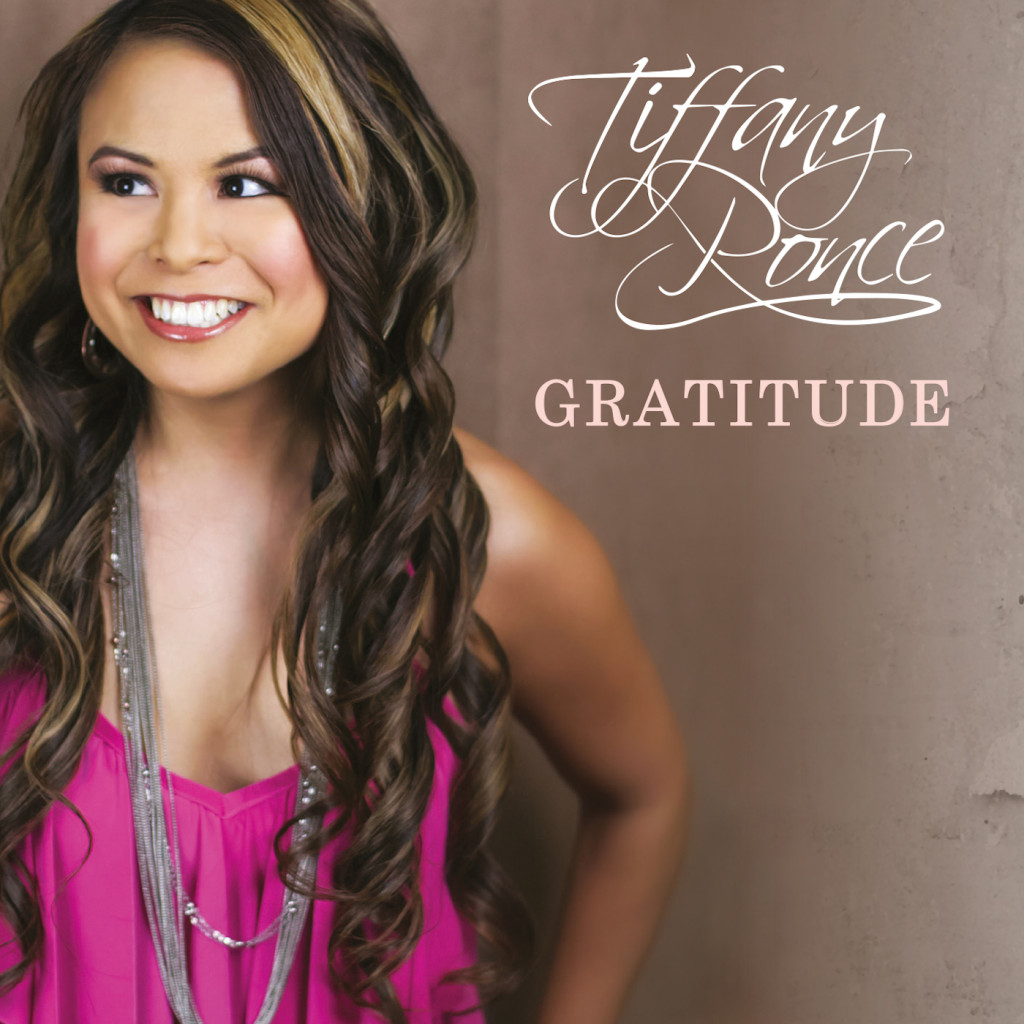 TP:  Musically, I’ve been inspired by artists like Janet Jackson, Tamia, TLC, New Edition, and Boyz II Men.  Personally, my parents are my biggest inspirations.  That is why I wrote “Gratitude”, the title track of the new album.  I am in awe of their strength, perseverance, hard work, and their unconditional love and support every day.

WIW:  For our readers who have never heard your songs, how would you describe your songs?

TP:  My songs are a mixture of pop, R&B, and hip hop with a lot of ’90s-influenced beats, because that’s an era of R&B/pop that I love.  There is also one beautifully stripped-down ballad on the album where it is just piano and a rare Korean string instrument called the haegeum.  There is definitely a lot of variety on this new album.

WIW:  If you could open up for any artist who would it be?

TP:  Janet Jackson.  Or Tamia or TLC – pretty much any of my inspirations!

WIW:  Do you write lyrics for your songs?

TP:  Two of the songs on the album were co-written with musician/producer Jason Gordon.  Otherwise I wrote the lyrics for the rest of the songs with the exception of the verses by the featured artists, which were written by them.

WIW:  You write all of your own music; where do you draw inspiration from when you write songs and what’s your favorite part about the process?

TP:  I draw a lot of inspiration from my own personal experiences.  One of my favourite parts would be taking a particular situation that may not be initially perceived as the most positive experience, and being able to flip it around draw strength and gratitude from it.  There are lessons and blessings in every situation, and if we can dig deep and find them we can get through anything.

WIW:  What are the different types of genres that you sing in?

TP:  Pop, R&B, hip hop.  I’ve worked with a lot of hip hop artists, but I actually make my own “rap debut” on this album!  Haha…life is all about taking chances! 😉

WIW:  Are you open to travelling to any location wherever there is a concert?

WIW:  What is the motto or advice that you live by?

TP:  This may be a different kind of answer, but you’ll hear how I live my life in my lyrics.  Just a few examples:

“Even in darkness, there’s always a blessing.” (Love the Rain)

“Even though you might be afraid, take a chance and just be brave.” (Brave)

WIW:  What can we expect next from Tiffany Ponce?

TP:  My “Gratitude” album release show in Winnipeg is on Saturday, August 8th at Park Theatre.  I will be performing with my dancers and live musicians – it’s going to be a fantastic show, so come on out!  At the end of August I head off on my very first tour, through Western Canada.  I want to continue to touch as many people as possible with my music, hopefully bringing smiles to their faces and sparks to their hearts each step of the way.