Those Guys is a music group based in Winnipeg.

WIW – Tell us about Those Guys? How did Those Guys get started?

Bernie Pastorin:  Those Guys are an 8-man acappella group made up of guys from right here in Winnipeg. I had always wanted to sing in a group like this so in 2009, I decided to call on a bunch of friends of mine. I was working at the Park Theatre at the time and had asked them to come by the theatre after hours to jam out a few songs. They all showed up and everything just clicked.

WIW – How did you come up with the name Those Guys?

BP:  We took weeks and weeks to solidify a name for ourselves. Those Guys was an option but decided to go with BLEND. We even opened up a bank account under the name BLEND only to come back a couple of days later to kindly ask to change it to Those Guys. That was slightly embarrassing. Ha! We’re pretty happy we changed our minds.

WIW –Who or what were your inspirations?

BP:  We look up to other acappella groups like Rockapella, the Nylons and Pentatonix. We’re also inspired by other artists that we individually grew up with.

WIW – For our readers who have never heard your songs, how would you describe your songs?

BP:  It’s fairly simple, we take popular songs from yesterday and today, and perform them without the use of any instruments. High singing tenors? Check.   Versatile good lookin’ baritones? Check. Beatboxer/Vocal Percussionist we’re convinced is a machine? We have one. Scrawny blond dude with low-ass voice for our bass lines? Yep (and he’s going to kill me when he reads this. If it’s any consolation, he’s a handsome fellow).

WIW – If you could open up for any artist on tour right now who would it be?

BP:  One of us will say, “Blue Rodeo!” while another will say, “TAYLOR SWIFT!” For clarification, I would actually be the one screaming Taylor Swift. She’s just so… awesome!

WIW – Do you guys write lyrics for your songs?

BP:  We have a few originals and Simon (one of Those Guys who does most of our song-writing) is always pushing for us to write more. We do love our covers but it’s soooooo special when people are singing along to Mr. Goodbarr (one of our originals).

WIW – What are the different types of genres that you sing in?

BP:  When you come to see Those Guys, you’re going to hear a bit of everything. A single set could include a song from Stevie Wonder, a song from U2 and another from Bruno Mars.

WIW – Are Those Guys open to travelling to any location wherever there is a concert?

BP:  HELL YEAH! If you’re out there and want to have us, give us a call. Let’s work somethin’ out! I want to be big in Japan!

WIW – Are Those Guys willing to provide back-up vocals to a singer?

BP:  Definitely. This is a call to other artists in the city! Give a shout! Let’s play! 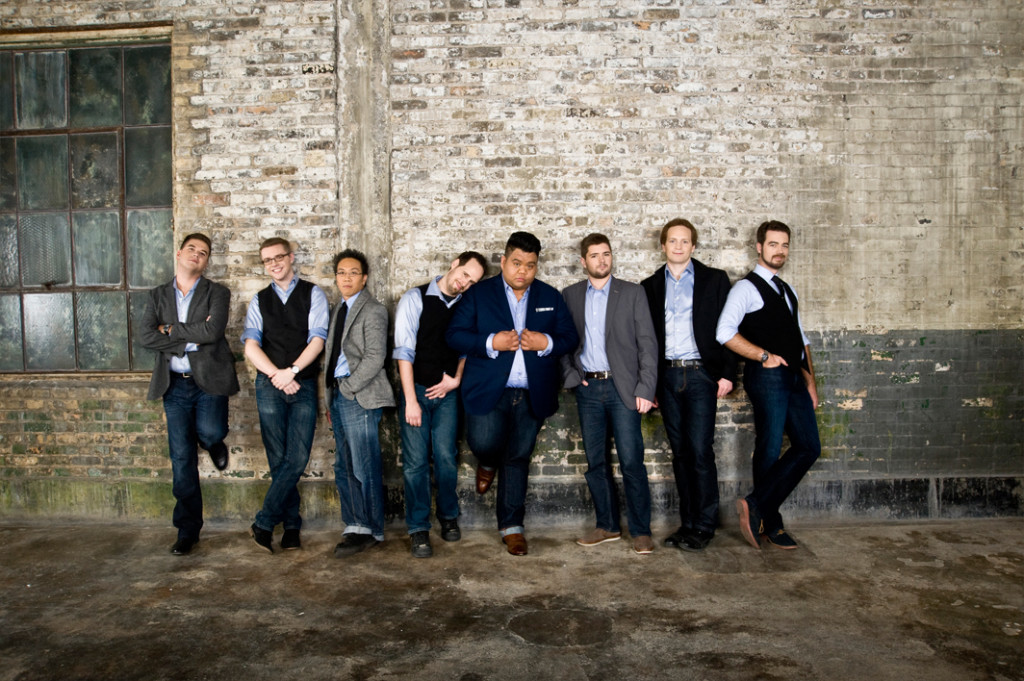 WIW – What has been your most memorable moment during your career so far?

BP:  We put on our annual That Show concert at the Royal Manitoba Theatre Centre last May.   We were taken back and humbled to see almost 700 people there to see Those Guys.   It was awesome!

WIW – What can we expect next from Those Guys?

BP:  We’ve just wrapped up fundraising concert called Stand Up for Stansberry. The Students at Collège Pierre-Elliott-Trudeau have been supporting the Stansberry Orphanage and Daycare in Santa Cruz Bolivia for the last 15 years. Those Guys put on a concert at the school to support the students and their Stansberry project. It was a great success!

Now, We’re hoping to head in to the studio very soon to record a new single and will start preparing for our annual That Show with Those Guys.   Check out our website for updates an announcements!