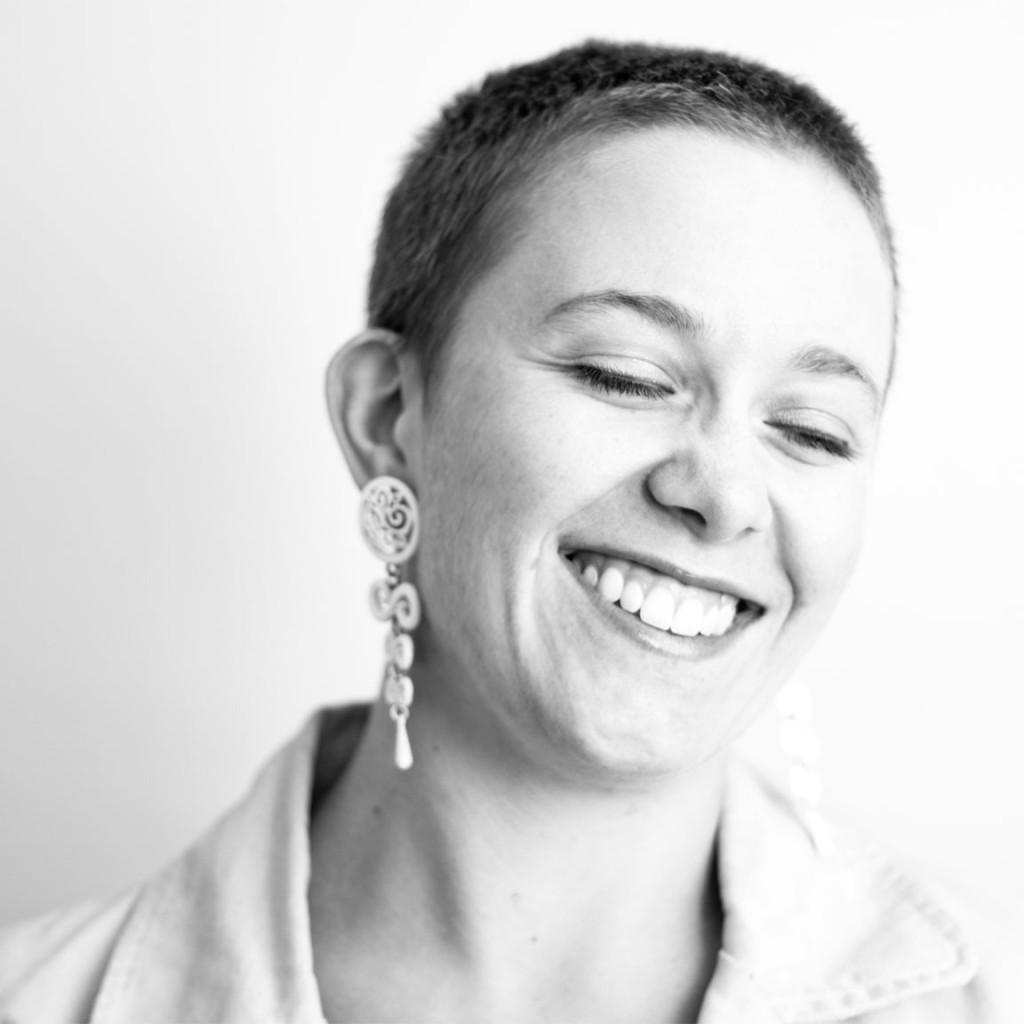 When In Winnipeg catches up with 2014 Global Music Award Winner Amber Epp!

When In Winnipeg: Amber, How did a Mennonite girl from Steinbach begin singing Jazz and Latin music?

Amber Epp:  I heard jazz for the first time when I was finishing high school. Our choir teacher played a vocal jazz recording of “It Don’t Mean a Thing If It Ain’t Got That Swing.” I loved it so much that I looked the song up online as soon as I got home. I discovered Ella Fitzgerald and Louis Armstrong, and have been smitten with the music ever since. I started studying Jazz at the U of M’s Faculty of Music, and loved every minute of it! Once I started jamming with Winnipeg musicians, I met ones that played Latin music. I couldn’t believe we had this music in Winnipeg. I immediately started following people like Rodrigo Muñoz to every gig he did. And soon enough, I was up on the stage performing with him (whether I knew what I was doing or not!)

AE:  A lot of people ask me what my accent is. I have a Mennonite background, but never learnt German, and have no family from Paraguay, Mexico, or anywhere else that speaks Spanish. However, since I sing more in Spanish than in English, my English words seem to take on the Spanish accent after performing!

WIW:  When did you know or what event happened that you knew you wanted to pursue a career as a professional recording artist?

AE:  I’ve wanted to be a professional musician my entire life. Word has it that I pretty much came out of the womb singing. My mom used to send me to the garage when she got tired of me practicing the same song all day. (As an adult, I can understand why she didn’t want to hear “The Lonely Goatherder” from the Sound of Music all day!). I’m so glad I discovered jazz music. As grateful as I am for the classical music training I received growing up, I couldn’t see myself singing operas, or teaching band class. Being a performing and recording artist is the perfect fit for me.

WIW:  What groups do you perform with?

AE:  In addition to performing jazz under my own name, I also play Latin music from around the world with my group, Trio Bembe. I also play Cuban salsa with Papa Mambo, a ten-piece salsa orchestra.

WIW:  Where’s your next big trip?

AE:  This summer, I’ll be traveling to Canada’s East Coast to perform in Lunenberg, Nova Scotia, as well as PEI. I can’t wait to share music with new music-lovers on the East Coast.

WIW:  How does it feel to be recognized and Winner of the 2014 Global Music Award for Jazz?

AE:  It feels great! Any recognition, be it from an organization, or from a smiling fan, is an honor.

WIW:  What song is your favorite at this very moment?

AE:  Águas de março, performed by Antonio Carlos Jobim and Elis Regina. The song is deceptively simple (until you start learning it!), and I love the upbeat feel to it.

WIW:  Tell us about your new album?  What was your inspiration?

AE:  I released my first jazz album at the end of 2013. Once I started studying music in university, I knew it could actually be a reality for me to record music in the future. My first priority was the players – most of the U of M jazz faculty played on the album, along with other top musicians in the city. I wanted a mix of jazz standards, pop tunes, Latin tunes, and originals. Having a goal of including original music really forced me to put my creativity to work. I’m the kind of person that needs a deadline to make something happen, and this was definitely the right kind of deadline!

WIW:  Who/what were your inspirations personally or professionally?

AE:  I must give credit to my music teachers growing up – Sheila Ardies, Maureen Aubry, Jane Doerksen, Mr. Castles, Kristel Peters, and Ed & Millie Hildebrand. The guided me through choirs, piano, and voice lessons, and made sure it was fun! 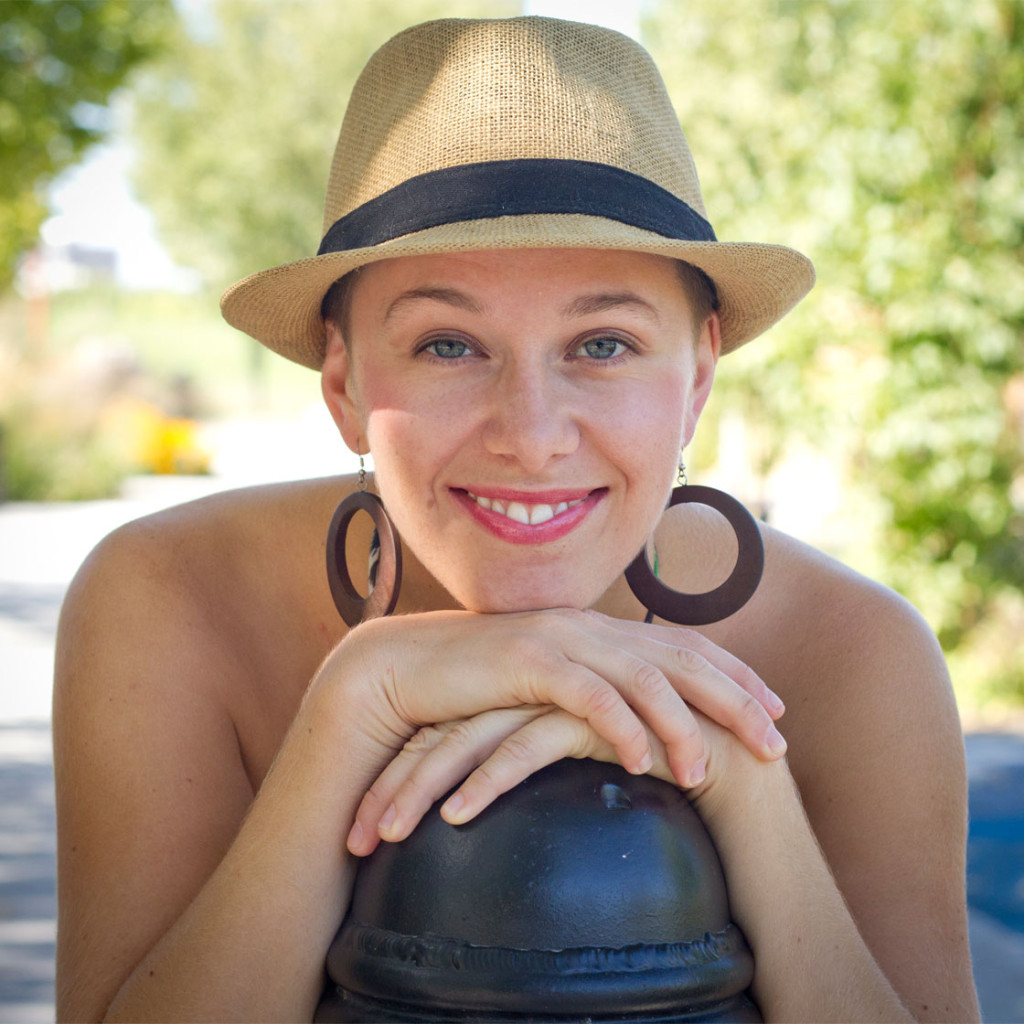 Anna-Lisa Kirby was my first inspiration musically and professionally as an adult. She was my voice instructor for four years at university. She shared all her tools of the trade, and showed me that it IS possible to have a career as a musician. And she continues to support me to this day.  The entire faculty at university inspired me to work hard, study hard, perform at the highest level, and gave me opportunities to move forward as a professional musician. It’s also been inspiring to see several of my classmates succeed as professional musicians as well – Curtis Nowasad, Karl Kohut, and Luke Sellick are all in NYC, Erin Propp was nominated for a Juno, Red Moon Road and Rayannah have toured Europe; the list goes on and on…

WIW:  For our readers who have never heard your songs, how would you describe your songs?

WIW:  If you could open up for any artist who would it be?

WIW:  Do you write lyrics for your songs?

AE:  Yes, I write lyrics for my songs. Since I also play piano, I usually have a melody or chords first, and come up with the lyrics last. But, of course, there are no rules. I also have fun taking a famous instrumental solo, and writing lyrics to it (vocalese).

WIW:  You write all of your own music; where do you draw inspiration from when you write songs and what’s your favorite part about the process?

WIW:  What are the different types of genres that you sing in?

AE:  I sing jazz and Latin music. I tend to be more traditional, so when you come to see me, you’ll hear some standards; however, I like to throw in a twist or two, to make it different than what’s been heard before. With the Latin music, I sing Cuban salsa and cha-cha-chá, Brazilian samba and bossa nova, and folk music from many countries where Spanish or Portuguese is spoken.

WIW:  Are you open to travelling to any location wherever there is a concert?

AE:  As long as the bills are paid!

WIW:  Are you willing to provide back-up vocals to a singer?

AE:  I think it would be a lot of fun to be a back-up singer. Sometimes I have this role with Winnipeg’s salsa band, Papa Mambo. Since we have 3-4 singers with the full band, we take turns singing lead and back-up.

WIW:   What is the motto or advice that you live by?

WIW:  Can you tell us about one of your favorite past singing experiences?

AE:  One of my performing highlights was with the Winnipeg Symphony Orchestra. What a thrill to sing to a packed concert hall, backed by an 80-piece band!

On the other end of the spectrum, some of my favorite performances have been in someone’s house or backyard, doing a private concert. I love the intimate setting, and how people really get involved (by listening and/or dancing!)

WIW:  What has been your most memorable moment during your career so far?

AE:  Being nominated for, and then winning a Western Canadian Music Award (2011, World Recording of the Year).

WIW:  What would you say has been the highlight of your career so far?

AE:  Being able to sustain a career as a professional musician. Hopefully there are many more years and fantastic experiences to come.

(Funny highlight: finally learning to sing in Spanish, dance, and play maracas at the same time, without falling over)

WIW:  What can we expect next from Amber Epp?

AE:  After a busy summer of performing, I will start looking into a trip to South America to study music (during Winnipeg’s cold winter of course). I’ll also start planning for my next recording.

You can hear Amber Epp play at the Winnipeg Jazz Festival:

Hear Amber’s music, and find out about upcoming performances at: